Founded in 2006, CEA -40 is a group of young practitioners that brings together the members of the Spanish Club of Arbitration (CEA) aged 40 or less. It boasts more than 400 members (about half of CEA members, which has more than 1000 members from 43 countries and 30 International Chapters) including professionals and users of arbitration in Spanish or Portuguese.  CEA-40 aims, like CEA, to promote and publicize international arbitration in the Spanish and Portuguese language or with an Ibero-American component and is one of the groups that is part of the co-chairs circle, an informal platform for exchange between -40 arbitration groups.

CEA -40 is among the most active under 40 arbitration group in Europe and regularly organizes meetings, seminars and round tables with renowned speakers in the world of arbitration. It is a forum where all the under 40s who are interested in arbitration can register and where participants can discuss and contrast their experiences and the new trends in Iberian and international arbitration in an informal atmosphere. CEA -40 holds an annual meeting, prior to the International CEA Congress.

The coordinating body of CEA -40 is made up of nine members, elected by the other members for a two year period.
See coordinators

The members of CEA -40 have a reduced membership fee compared to the regular members, which varies depending on their place of residence.
Register

The members of the CEA -40 may publish articles in the CEA -40 section of the Spain Arbitration Review.

The list of members of CEA -40 (search by country of residence, nationality, language, etc.) can be examined in the member section.
Search members of the CEA-40 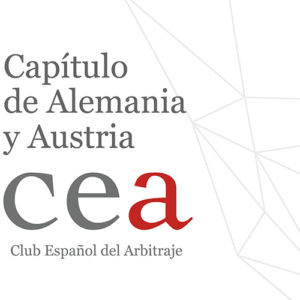